What The Law Says about Arson Offences and Bushfires

The smoke haze that clouded Newcastle late last week was a stark reminder of the catastrophic bushfires raging in areas around Port Macquarie. While these fires were thought to have started from a lightning strike, other fires in parts of Northern NSW that destroyed more than 20 homes earlier in October are believed to have been deliberately lit.

The Law in NSW (Arson Offences)

A person is held to have caused a fire if they light or maintain a fire, or fail to contain a fire that they have lit (unless the fire is beyond their control).

Importantly, the law exempts firefighters or people who are acting under a firefighter’s lawful direction, for example, conducting hazard reduction burns.

The Penalty for lighting a bushfire

If found guilty of this offence, the maximum penalty is imprisonment for 21 years.

However, if the court is not satisfied that the person intentionally caused the fire, or is not reckless as to its spread, the court has the power to find the person guilty of an alternative offence of unlawfully lighting a fire under the Rural Fires Act 1997 (NSW).

This offence does not require intention or recklessness. All that the prosecution needs to prove is that a person has set fire to land or property without lawful authority. The offence can also be established if the person has set a fire on their own property but has allowed the fire to escape from their property in circumstances where it could cause harm to another person, or their land or property. This offence carries a maximum of a $110,000 fine, or 5 years imprisonment, or both.

What about throwing away a lit cigarette butt?

The Rural Fires Act also makes it an offence to discard a lit tobacco product or any other object that may be a fire risk on any land. If you do so, you can be fined $5,500, but this can be doubled if there is a total fire ban in force.

Did you know – If you are the driver when someone throws a cigarette butt out of a car, you may be found guilty of this offence if the person who discarded the cigarette cannot be ascertained – even if you didn’t throw it yourself.

If you have been charged with a bushfire offence, you can contact the team at Hamilton Janke Lawyers 24/7 by calling 4038 1666. 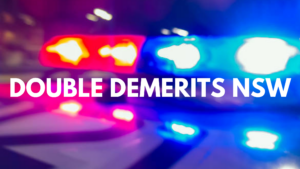