Laws of Protesting in The News

What are the laws of protesting in NSW Australia?

Fifty people were recently arrested in Melbourne following a protest against an International Mining Convention. With climate change protests and demonstrations occurring regularly in Newcastle, you may be wondering: what does the law say about protesting?

The right to protest

There is a right to protest in NSW, based on the common law right to peaceful assembly. This right has been expressly recognised by both the NSW Supreme Court and the High Court of Australia.

Part 4 of the Summary Offences Act 1988 (NSW) supplements the right to protest by encouraging cooperation between protesters and police. A ‘public assembly’ may be authorised by the Commissioner of Police. To be authorised, the assembly must be conducted substantially within the terms agreed to between organisers and police, including on matters such as the location and duration of the protest, and how many people will attend. In the case of an authorised assembly, s 24 of the Act gives protection to those participating in the protest from being found guilty of any offence relating to participation in an unlawful assembly. However, this protection is unlikely to extend to any act of violence or damage or destruction of property caused during the protest.

If a protest is prohibited or not expressly authorised under the Summary Offences Act, this does not mean it is automatically unlawful. However, it does mean that the protection under s 24 of the Act is lost.

Where the criminal law comes in

While there is a right to protest in NSW, this right is constrained by a number of other laws.

Here’s what you should know about Laws of Protesting in NSW Australia:

Knowingly joining or continuing in an unlawful assembly

S 545C of the Crimes Act 1900 (NSW) makes it an offence to knowingly join or continue in an unlawful assembly. An ‘unlawful assembly’ is not one which has simply not been authorised under the Summary Offences Act, but is defined to mean an assembly of five or more persons ‘whose common object is …to compel any person to do what the person is not legally bound to do or to abstain from doing what the person is legally entitled to do’ by means of intimidation or injury. The maximum penalty for an offence against this section is six months’ imprisonment or $550, or both. However, the maximum penalty can double if armed with a weapon or anything that could cause death or serious harm to a person.

It is an offence under s 6 of the Summary Offences Act to obstruct the free passage of a person, vehicle or vessel in a public place. The maximum penalty for doing so is a $440 fine.

A similar offence exists under the Road Rules 2014 and prohibits pedestrians from causing a traffic hazard by unreasonably obstructing the path of a driver or other pedestrian. The maximum fine for this offence is $2,200.

There are a number of offences concerning property that are applicable in the case of a protest. Such offences can carry significant fines, and include:

Intentionally or recklessly destroying or damaging the property of another person under s 195 of the Crimes Act (for example, painting ‘no-war’ on the sails of the Sydney Opera House), can carry a maximum penalty of 5 years imprisonment. However, if during a public disorder, this can increase to 7 years imprisonment.

When a protest turns violent

Assault during a protest

A person who assaults another during a ‘large scale public disorder’ is liable to imprisonment for up to 5 years, under s 59A of the Crimes Act. The maximum penalty increases to 7 years imprisonment if the person assaulted suffers actual bodily harm.

Assaulting a police officer in the execution of their duties can carry a significant term of imprisonment. Penalties increase further if the assault occurs during public disorder, or if the police officer is seriously injured.

Under s 546C of the Crimes Act, it is an offence to resist or hinder a police officer in the execution of their duties. The offence carries a maximum penalty of 12 months’ imprisonment or a fine of $1,100 or both.

Police have special powers under Part 6A, Division 3 of LEPRA to prevent or control public disorder. These powers include the ability to:

The powers were implemented in response to the 2005 Cronulla Riots and are reserved for emergencies. They were not intended to be used for peaceful protests or union demonstrations. However, these powers were used in 2008 at a Camp for Climate Action protest against the expansion of the Newcastle coal port, despite the protest being non-violent, and the police being aware of the protest in the months prior.

Police have powers to give a ‘move on’ direction requiring a person or a group of persons to leave a public place. Importantly, however, police cannot give such a direction to someone at a genuine demonstration or protest, procession, or organised assembly, unless the police officer believes on reasonable grounds that the direction is necessary to deal with a serious risk to the safety of the person or others.

How We Can Help (Laws of Protesting) 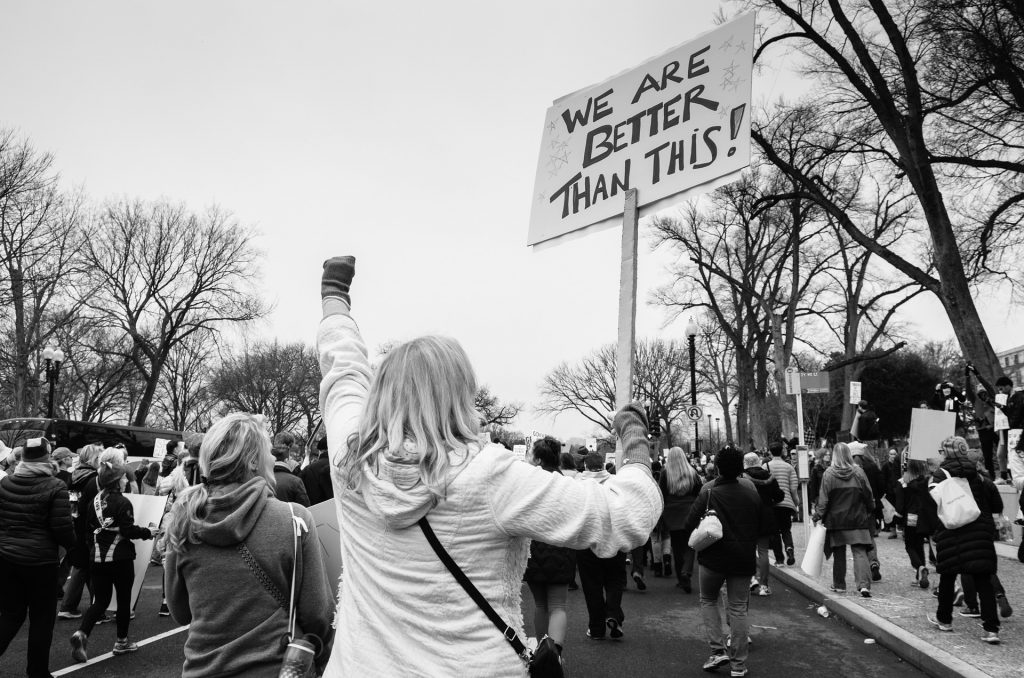