Three alleged outlaw motorcycle club members have recently lost their appeal against strict crime prevention orders in the High Court of Australia. The men argued that the orders, which were imposed against them by the NSW Supreme Court in October 2018 and restricted their movement and associations, infringed on the integrity of the courts under the Constitution. However, the High Court found the regime constitutionally valid.

A ‘serious crime related activity’ includes anything done by a person which would be classified as any of the above offences, regardless of whether the person was tried or not, has been acquitted, or has had a conviction quashed or set aside.

What orders can be made?

An SCPO can consist of any prohibitions, restrictions or requirements that the court thinks appropriate to protect the public by preventing, restricting or disrupting involvement by the person in serious crime related activities. However, the court cannot order that the person answer questions or provide information that is subject to client legal privilege or is a protected confidence. Any information that the SCPO does require the person to disclose cannot be used in civil or criminal proceedings against that person.

An SCPO can be made for a period of up to 5 years. The maximum penalty for breaching an order is $33,000 or 5 years’ imprisonment, or both.

What was the High Court case about?

On 5 October 2018, the NSW Police Commissioner Mick Fuller applied to the Supreme Court, seeking the application of an SCPO to Damien Charles Vella, Johnny Lee Vella, and Michael Fetui. The three men were alleged to be outlaw motorcycle club members, and the Commissioner asserted that each of the men had been convicted of serious criminal offences. The Commissioner also contended that they had also been involved in other serious criminal activity for which they had not been convicted. Ultimately, the Commissioner alleged that there were reasonable grounds to believe that making an SCPO would protect the public by ‘preventing, restricting or disrupting involvement by each of the plaintiffs in serious crime related activities’.

The SCPO was imposed against the men for two years, and restricted them from:

The men appealed the imposition of the SCPO to the High Court, arguing that the SCPO Act itself was invalid because it is inconsistent with Ch III of the Constitution, and undermines the integrity of the courts. The men relied on the Kable Principle to contend that the SCPO Act impermissibly intrudes into the processes and decisions of courts.

The High Court ultimately held that the SCPO Act was valid and did not infringe the Kable principle. The High Court found that Courts making SCP Orders still have ‘substantial judicial discretion’ and are not acting ‘at the behest’ of the government. The SCPO Act merely establishes the broad principles that are to be developed and applied by the courts, rather than prescribing exactly how the courts are to act. Before imposing an order, the court must consider a number of factors, including

According to the High Court, the courts should be the ones to exercise these powers.

If you have been made the subject of a crime prevention order, contact Hamilton Janke Lawyers 24/7 on 4038 1666. 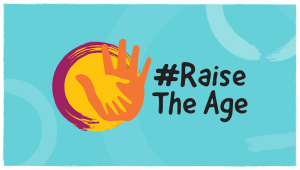