What is Negligent Driving?

A man who sustained serious injuries after being struck by a car in North Sydney has died over the weekend.

NSW Police have indicated that they are continuing to investigate the accident.

In another incident, a 62-year-old woman and a 69-year-old man were taken to hospital yesterday (May 5) after being struck by a vehicle.

The driver was taken to Fairfield Police Station where he was charged with a number of offences, including negligent driving occasioning grievous bodily harm.

While the exact circumstances of the crash are not yet known, the incident serves as a reminder that a number of serious traffic offences exist in NSW.

The offence of negligent driving generally encompasses situations where an accident has occurred, however, the conduct of the driving that was involved in the accident does not meet the threshold of other serious offences such as dangerous or reckless driving.

The most common examples of situations which may be classified as negligent are where a moment of inattention causes an accident, or where a driver has failed to comply with the road rules and an accident ensues.

Negligent driving is an offence under section 117 of the Road Rules 2014.

For the purpose of this section, negligence occurs when someone drives ‘without the due care and attention reasonably expected of the ordinary prudent driver’.

In determining whether the reasonable standard has been deviated from, the court may have regard to:

The maximum penalty for negligent driving is a fine of $1,100 and will usually be accompanied by a licence suspension. However, the maximum penalty increases if the incident results in grievous bodily harm or death.

The penalty for negligent driving is more severe if a person suffers grievous bodily harm as a result of the accident.

Grievous bodily harm is defined as an injury that is ‘really serious’. It may involve an injury that is permanent or one which seriously disfigures a person. However, the injury is not required to be long-lasting or life-threatening.

The maximum penalty for negligent driving occasioning grievous bodily harms depends on whether it is a person’s first offence.

If it is a person’s first offence, the maximum penalty is $2,200 and/or 9 months imprisonment.

If it is a person’s second (or subsequent) offence, the maximum penalty is a $3,300 fine and/or 12 months imprisonment.

Again, the maximum penalty for this offence depends on whether it is a person’s first offence.

If it is a person’s first offence, the maximum penalty is a $3,300 fine and/or 18 months imprisonment.

If it is a person’s second or subsequent offence, the maximum penalty is a $5,500 fine and/or 2 years imprisonment.

If a person has been charged with negligent driving, the prosecution must prove beyond reasonable doubt that:

If a more serious form of negligent driving has been alleged, the prosecution will also need to prove that grievous bodily harm or death has resulted.

The Act defines a road as ‘an area that is open to or used by the public and is developed for, or has one of its main uses, the driving or riding or motor vehicles’.

Even if the prosecution is able to prove the above elements, a person may be able to avoid conviction if they are able to argue one of the following defences:

Duress – where a person has been unlawfully coerced into participating in an activity that they would not otherwise have participated in.

Necessity – where a person honestly and reasonably believes they are in a situation of ‘immediate peril’ and they are acting to avoid ‘irreversible evil’ to themselves or to another; for example, while driving someone to a hospital where they are suffering from really serious injuries.

Reasonable mistake of fact – this defence applies to situations where a person has made an honest and reasonable mistake as to a fact and, had the mistaken fact been true, would have rendered their actions lawful.

If you have been charged with negligent driving or any other traffic offence, it is important to seek legal advice.

Hamilton Janke Lawyers has extensive experience defending traffic matters. For advice or representation for a traffic matter, contact our lawyers 24 hours a day, 7 days a week on 4038 1666. 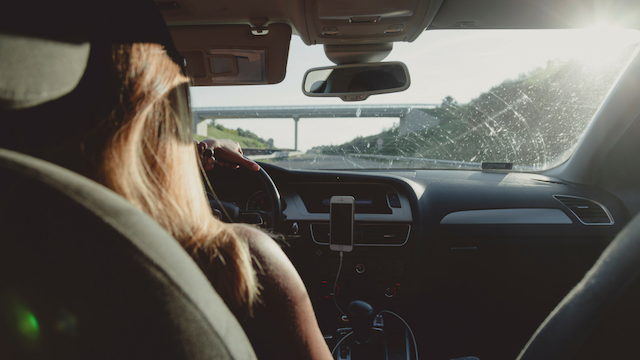