Reaching a verdict and other obligations: The role of the jury explained

We’ve considered what happens if you are called for jury duty. Next, we’ll discuss what your obligations are if you are selected to serve as a juror.

The composition of a jury

Jurors are the sole judges of the facts. This means that it is generally up to jurors to decide what evidence to accept and what to reject. One aspect of this role is deciding whether or not to accept the evidence of witnesses by judging their truthfulness and reliability. It is possible to reject some things that a witness says, but accept other things. Ultimately, jurors hear the evidence and apply the law (as directed by the judge) to the facts to decide if a person is guilty or not guilty of an offence. The judge may give the jury warnings about how to apply the law or how to approach certain evidence. Jurors are required to apply this law, but deciding the verdict is solely the responsibility of the jury.

What jurors cannot do

Jurors cannot make an enquiry to gain further information about the accused or any matters relating to the trial, except in the proper exercise of their duty (in the courtroom). This includes doing things like checking an internet database, viewing a certain place or object (outside of the trial environment) or conducting an experiment. This is important, because the jury must come to a conclusion about the offence charged, rather than incidents surrounding an allegation, and their verdict must be based solely on the evidence produced by each party. Making further enquiries is a criminal offence under the Jury Act. The maximum penalty for such conduct is 2 years’ imprisonment, or $5,500 or both.

Jurors can report any suspected misconduct or irregularity of other members of the jury. ‘Irregularity’ is defined in the Jury Act to include: 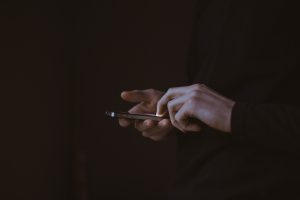