What The Police Can Search Without A Warrant (Police Search Powers) If the police do not have a warrant, they must satisfy a number of requirements, contained in the Law Enforcement (Powers and Responsibilities) Act, before they can search you or your possessions.

Police can stop, search and detain your vehicle without a warrant if they reasonably suspect that your vehicle:

If a police officer finds any of these items during a search of your vehicle, they can seize and detain them. Police can also require the driver, and any passengers of the vehicle to disclose their identity if they believe the vehicle was used in connection with a serious offence. Failing to disclose your own identity, or the identity of others, (or giving a fake identity) can carry a fine of $550 or 12 months’ imprisonment or both.

Police may also exercise powers to stop, search and detain your vehicle if doing so might reduce any serious risk posed to public safety.

If it is necessary, and the situation is serious and urgent, police may establish a roadblock to stop a vehicle. However, if a senior police officer authorises the roadblock, it is sufficient that the vehicle is being or was used in the commission of a serious offence, or the roadblock is necessary to reduce a risk to public safety.

Police can only seize or search your phone if they first conduct a lawful search. However, the case of Ghani v Jones [1970] 1 QB 693 (which continues to be used in NSW) indicates that if police have reasonable grounds to believe that a serious crime has been committed and an item is either the ‘fruits or a crime’, was used in the crime, or provides important evidence of a crime, they can seize the item even if you refuse to hand it over – as long as they believe that your refusal was ‘quite unreasonable’.

Generally, without a warrant, police cannot force you to unlock your phone or to disclose your password.

In order to search you, the police can ask you to open your mouth and shake or move your hair. If you do not comply with a direction to do this, you can face a fine of up to $550. Importantly, police cannot forcibly open your mouth.

In order to conduct a strip search, police have to comply with a number of other rules. You can read about strip search laws here.

If you are under arrest or in lawful custody, police can search you if they suspect on reasonable grounds that it would be prudent to do so to ascertain whether you are carrying anything that:

If police find any of these items in a search, they may seize and detain it.

Do I have to answer police questions?

Police can require you to disclose your identity in circumstances including:

Beyond providing identification, you do not have to answer any other questions. It is usually in your best interests to obtain legal advice before answering police questions. 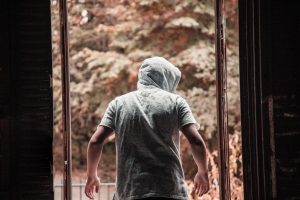 
Warning: in_array() expects parameter 2 to be array, string given in /home/legalsit/public_html/hamiltonjanke.com.au/wp-content/plugins/events-tracker-for-elementor/includes/class-main.php on line 194